Lunenburg Performance List – Summer 2022 = Outside in front of Community Centre

The Clark Family Group began performing in 2000 and includes Simon, Noah And Sophia Clark along with their Dad Tim Clark. Tim studied voice in Lunenburg with Diane Oxner-Macdonald and began a production company in 1994. The kids were exposed to music at an early age at the recording studio that Tim ran in Bridgewater NS. The group grew as new members were born and raised immersed in a variety of musical genres.  They recorded three albums and performed all over Newfoundland and Labrador, and throughout Nova Scotia. Their musical selections are varied including Folk to Pop and Country to Bluegrass with covers and original music. 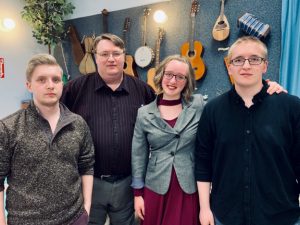 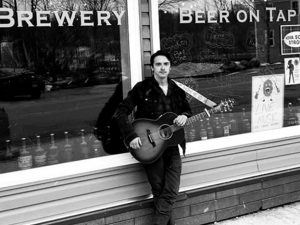 Born and raised in Lunenburg County Sam is the front man for the blues/rock band Weather Advisory. In 2021 Sam released his debut solo EP “Hard Times and Dangerous Women.” When he is not performing with the band or solo as a blues artist Sam teaches guitar and ukulele lessons and is a cigar box guitar enthusiast. 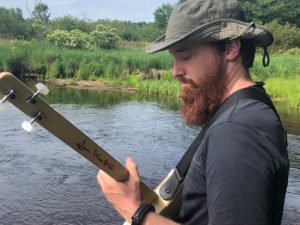 A child of immigrants, Mo grew up in Nova Scotia and spent decades in Quebec, weaving much of those cultures into his own. Diverse jobs have included fisherman, stevedore, labourer, farmer, social worker and teacher, giving him a wide range of insight into human experience. His many musical influences include Leonard Cohen, Kurt Weill, and a lot of the greats of the blues and folk traditions. In his childhood, classical and country music also played constantly in the background. These musical influences, combined with Mo’s diverse background and experience, have helped him create songs with rich and meaningful lyrics that resonate with personal experiences of everyday people. 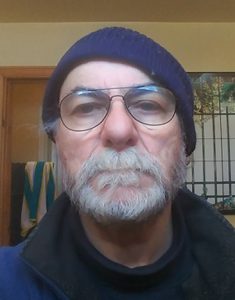 Jade Bennett is an Ontario born multi instrumental folk/roots artist performing songs with an acoustic indie vibe embracing her jazz& blues influenced vocal styling.Jade was nominated for Forest City London Music Awards 2021for both Contemporary Singer/Songwriter & Contributor with London Indie Music Series and in 2020 & 2019 for Favorite Cover Band as lead vocalist with her duo Letters from Hawthorne.Jade has performed at Budweiser Gardens, Western Fair, Pride Festival London and has been featured on Rogers TV, Studio 73 Friday Night Live, PA Shop Productions & Silver Street Studios broadcasts.  Jade has recently relocated to Nova Scotia and is current touring the region while working on her debut solo album to be released later this year. 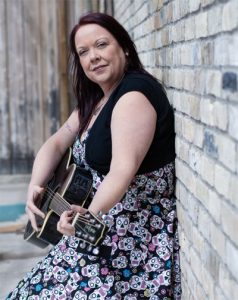 Born n raised here on the south shore of Nova Scotia . I grew up running the back woods  of Nova Scotia. Cut from pure Newfoundland stock on both sides,I have a deep admiration for my maritime culture and history.Music to me is , a expression , history ,  a way to convene a message , tell a story , show love & emotion when traditional ways fail. Music can unite people to one common bond.I believe music can build personal strength , character , and can heal the mind and body .It is my belief that when a song is sung the person projecting it releases  that song into the universe where it remains forevermore .I believe we are not in control in choosing what our musical interest are ,but it is our soul that is responsible for connecting us and drawing the music to us .I never realized I had a musical bone in my body until just a few short years ago , for me performing music is a journey , and  I’m just along for the ride ….. 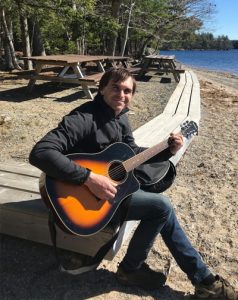